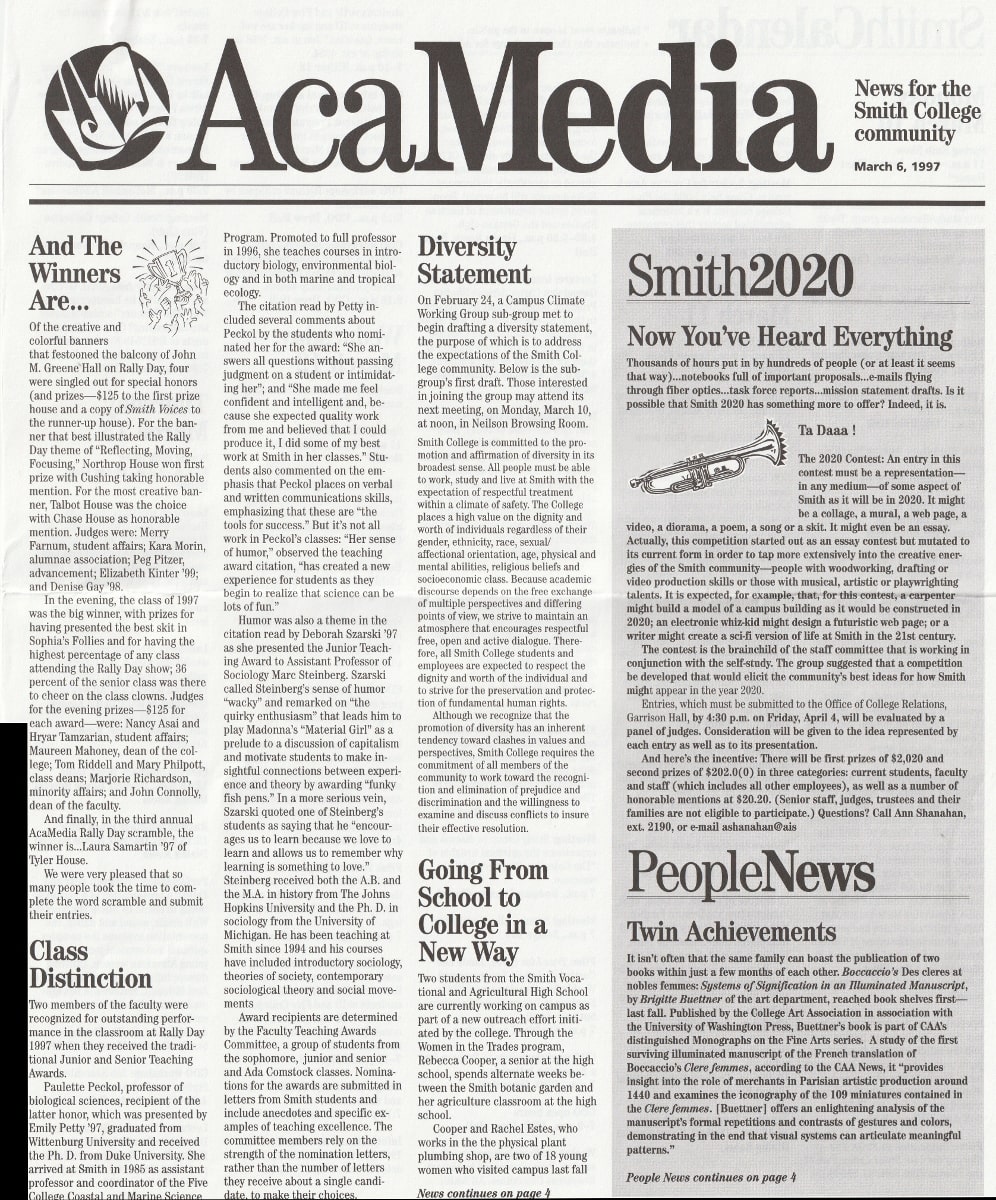 Two members of the faculty were recognized for outstanding performance in the classroom at Rally Day 1997 when they received the traditional Junior and Senior Teaching Awards.

The citation read by Petty included several comments about Peckol by the students who nominated her for the award: “She answers all questions without passing judgment on a student or intimidating her”;  . . .

Humor was also a theme in the citation read by Deborah Szarski ’97 as she presented the Junior Teaching Award to Assistant Professor of Sociology Marc Steinberg. Szarski called Steinberg’s sense of humor “wacky” and remarked on “the quirky enthusiasm” that leads him to play Madonna’s “Material Girl” as a prelude to a discussion of capitalism and motivate students to make insightful connections between experience and theory by awarding “funky fish pens.” In a more serious vein, Szarski quoted one of Steinberg’s students as saying that he “encourages us to learn because we love to learn and allows us to remember why learning is something to love.” Steinberg received both the A.B. and the M.A. in history from The Johns Hopkins University and the Ph. D. in sociology from the University of Michigan. He has been teaching at Smith since 1994 and his courses have included introductory sociology, theories of society, contemporary sociological theory and social movements.

Award recipients are determined by the Faculty Teaching Awards Committee, a group of students from the sophomore, junior and senior and Ada Comstock classes. Nominations for the awards are submitted in letters from Smith students and include anecdotes and specific examples of teaching excellence. The committee members rely on the strength of the nomination letters, rather than the number of letters they receive about a single candidate, to make their choices.