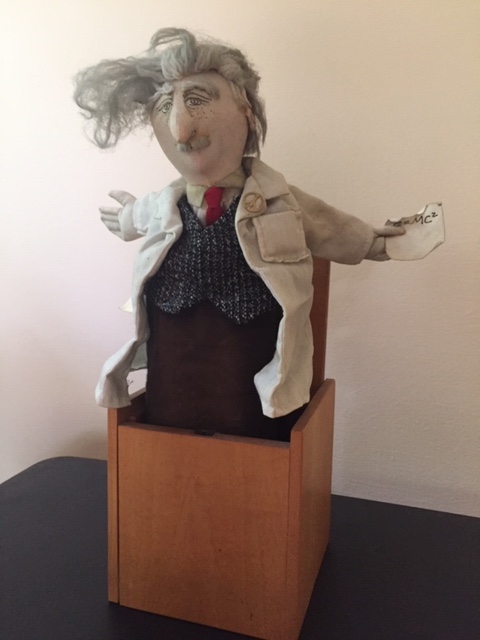 Why is Albert Einstein in a box?  This object was one of many curious items in Marc’s Wonka-esque office. The figure resembles many of Marc’s memorabilia in its joining of the intellectual with the playful.  A cartoonish version of a scientific icon, this jack-in-the-box (or Einstein-in-a-box) is testament to the levity Marc brought to discussions of abstruse material.

More than mere silliness, Marc’s humor was one way he kept life in perspective. His creations exposed academic conventions as at times pretentious, myopic, elitist, or otherwise lacking perspective. In the formal study of humanity, we sometimes lose sight of ourselves as human framers of ideas. Einstein-in-a-box was Marc’s answer to that egoism. Why should scholars elevate themselves above the world? Why treat it as a mere field of study? Marc’s humor was a humble reminder that, no matter how esteemed our status as thinkers, we’re still just people at play.