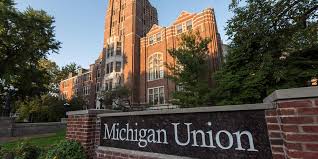 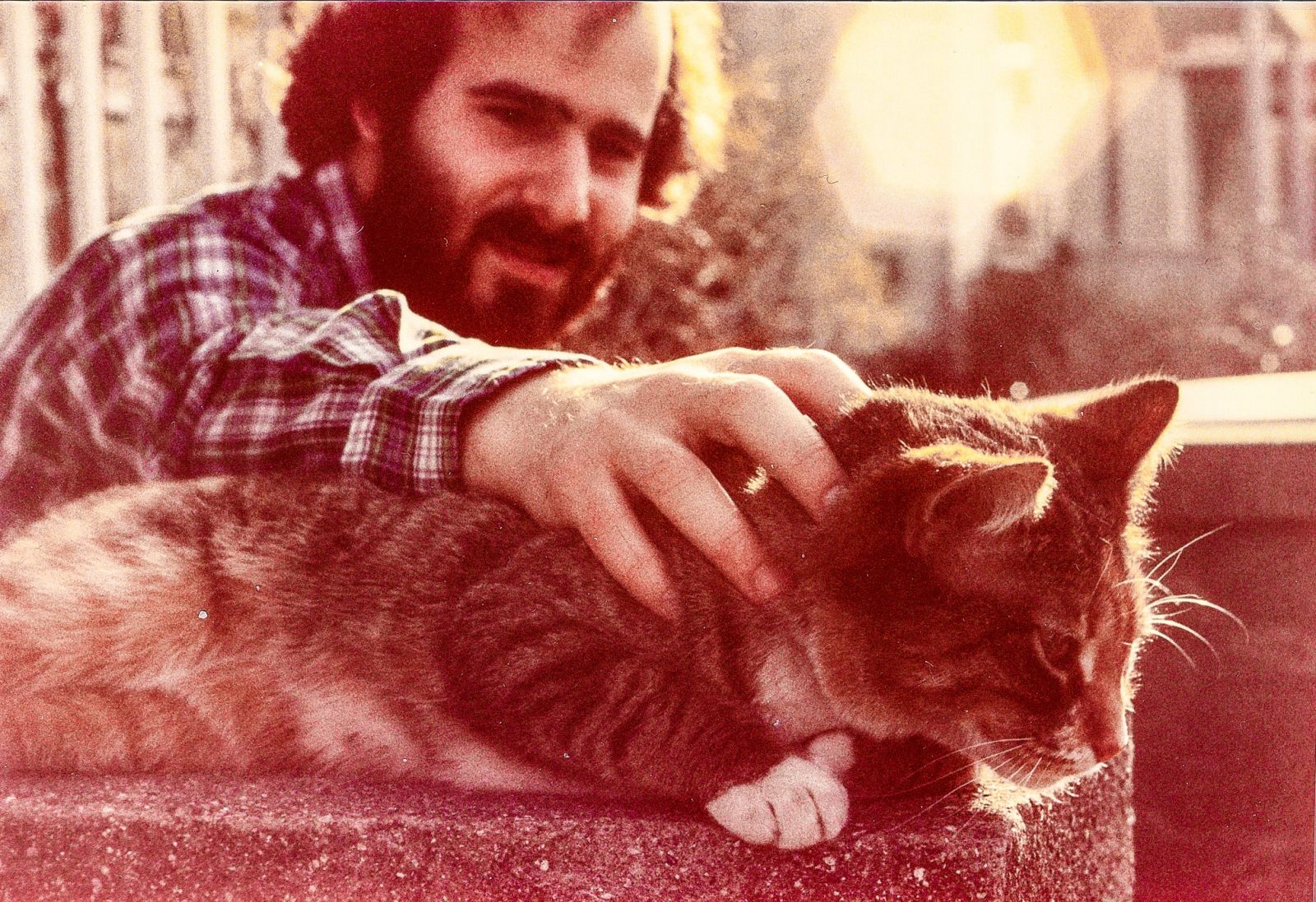 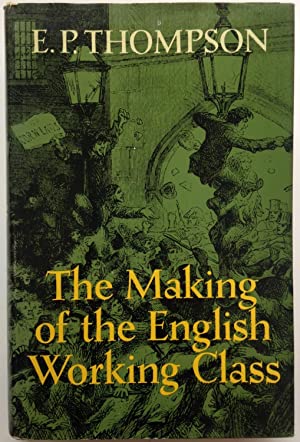 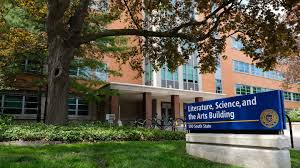 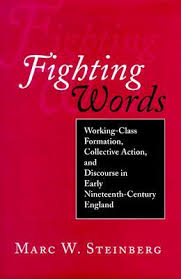 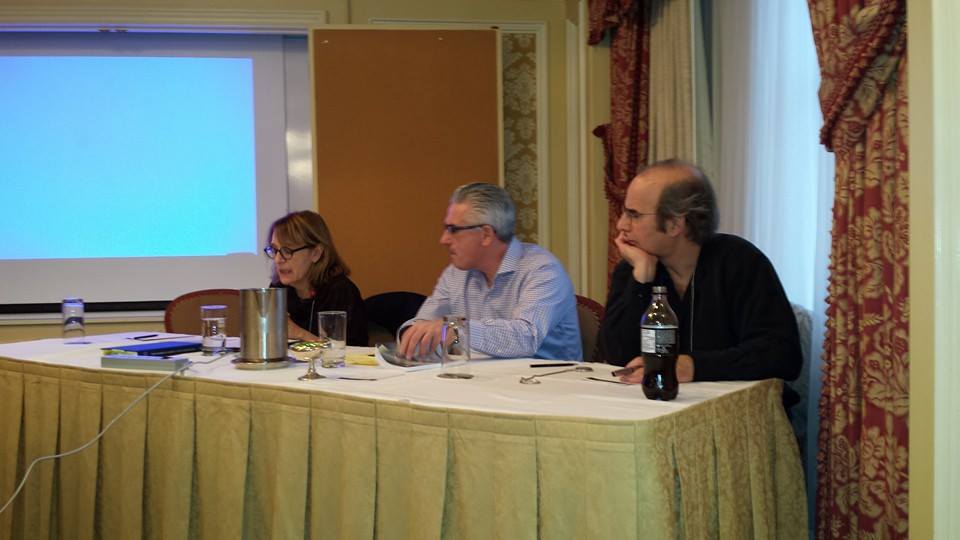 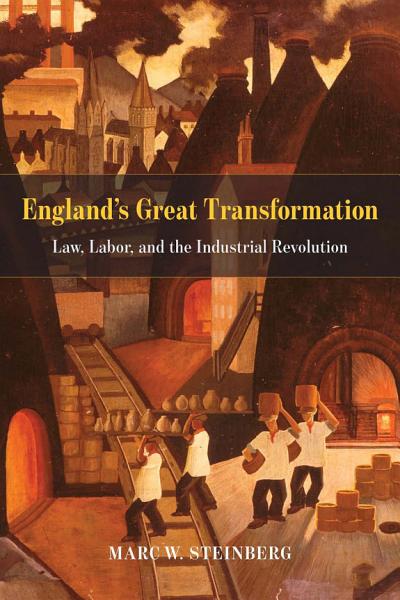 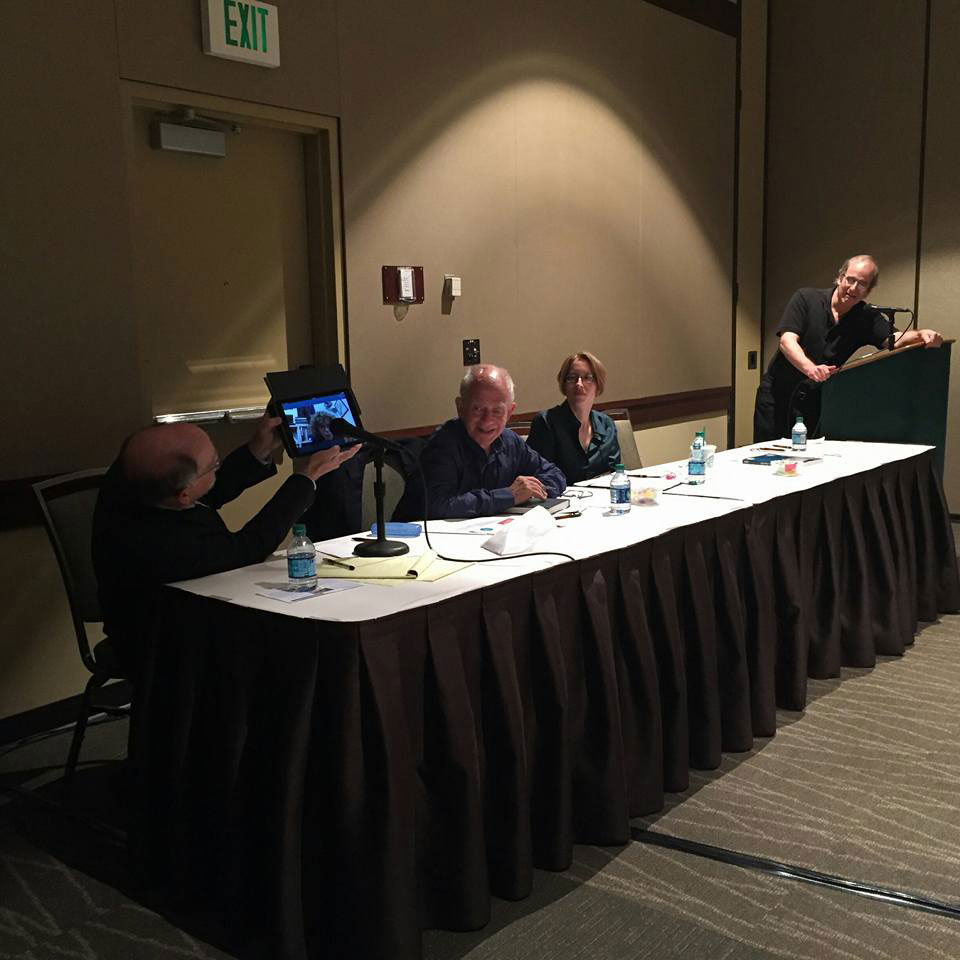 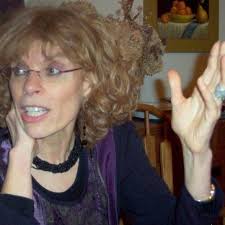 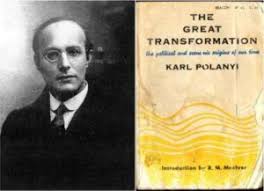 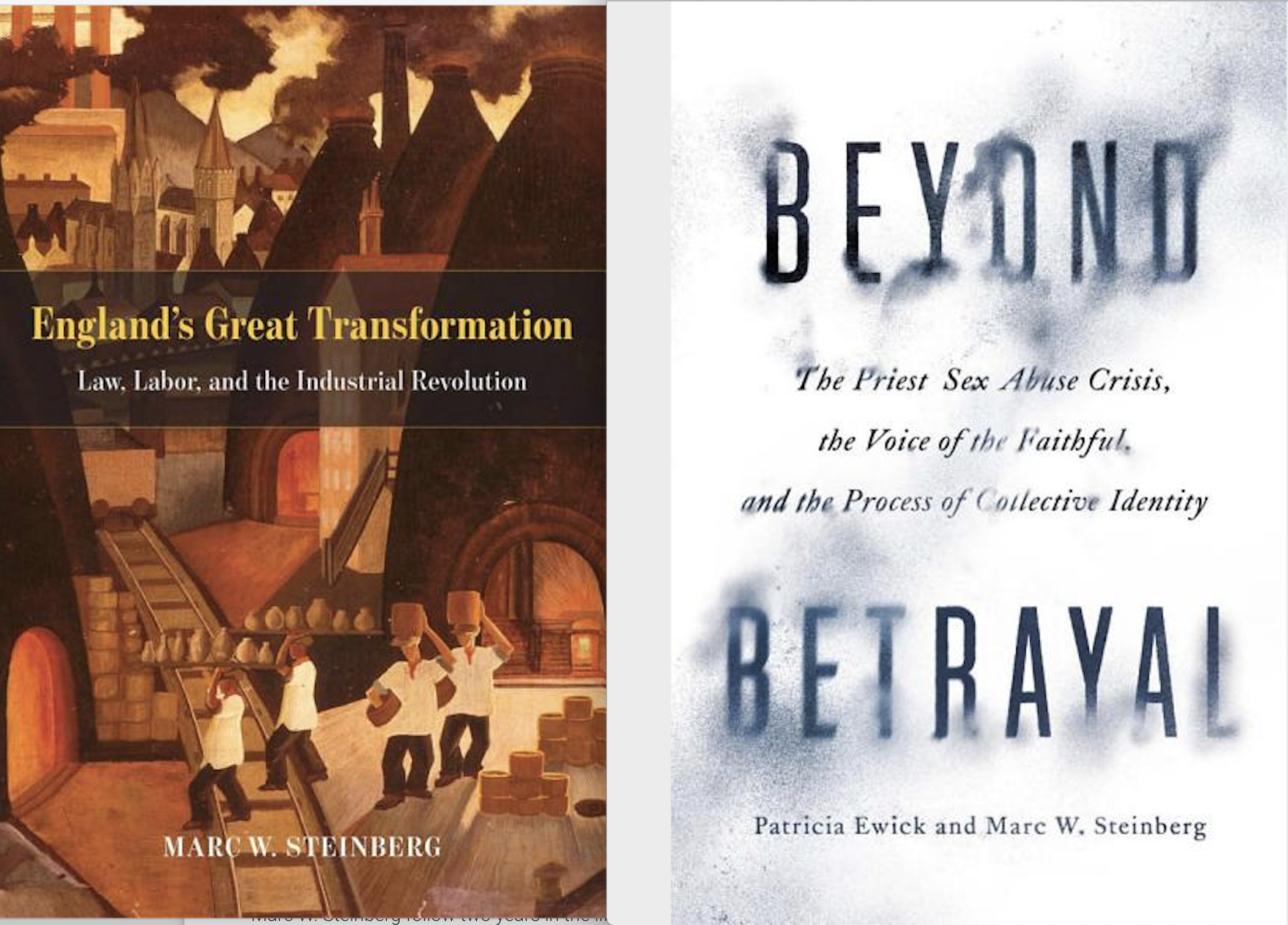 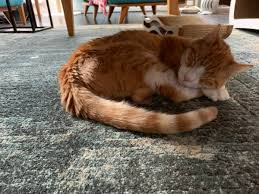 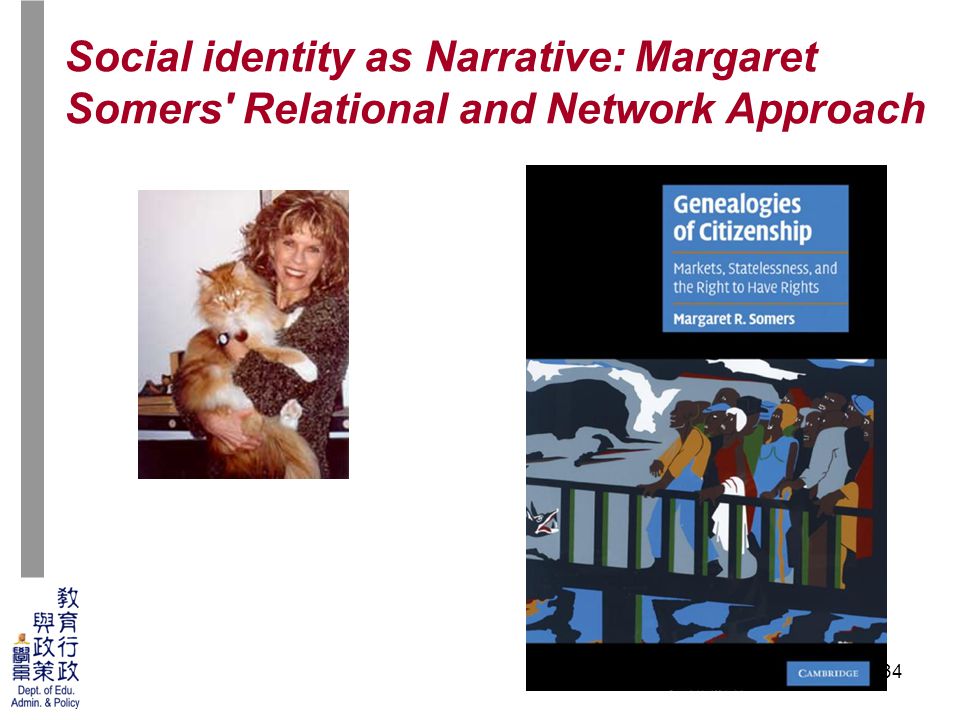 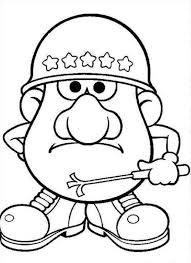 I’m Margaret Somers, Professor Emerita of Sociology and History at the University of Michigan. I first met Marc in 1987 when he was still a grad student and I was a new assistant professor in Sociology at University of Michigan.  Among the grad students, Marc stood out immediately for his effort to not stand out. Try as he might though, he couldn’t suppress his startling intellect, and his instinct to encase it in aw-shucks self-deprecation endeared him to me immediately.  And so began our 32 year-long friendship. Although I served briefly as his mentor and a member of his dissertation committee, truth be told, it wasn’t long before it was unclear who was mentor and who was mentee.  In some ways this wasn’t surprising: He was the only other historical sociologist who specialized in English working-class history and was equally captivated by the work of the great Hungarian thinker, Karl Polanyi.

But what really drew me to Marc initially was that he was an intellectual orphan, abandoned at Michigan when his mentor, the world-famous Chuck Tilly, left for New York several years earlier. Tilly had been a titanic force at Michigan and in Marc’s life for over a decade, and his absence was felt in equal proportion. At first, like other Tilly orphans, he was left a bit stunned. But with a quiet resolve that characterized his whole life, he conjured up a well of determination you sometimes feel in someone who has faced great loss, but finds in the experience a strength to become even more his own person.

I watched Marc quickly turn the loss into a gain by maintaining the imprint of Tilly’s influence while using the opportunity of his absence to transcend the constraints that such an enormous figure imposes. Much of this was possible because Marc had another more spiritual mentor to turn to—Edward P. Thompson, the great English historian (author of The Making of the English Working Class (1964), who had long been Marc’s intellectual and moral lodestar (and who figures enormously in Marc’s books and articles). Thompson had years earlier changed the course of modern history-telling by resurrecting the buried voices of common English people and giving us the indelible concept of a moral economy—a term signifying the idea that livelihoods could—and should—be organized not solely by the “cash nexus” but by norms of justice and rights, and, above all, by ethical practices of mutual recognition and responsibility.

One can immediately feel in these precepts the same ones that threaded through Marc’s own life and his soul: He was passionately driven to tell stories about the poor who alone were weak but in collective action with others found strength, dignity, and mutual aid. And in his research, he continuously searched to understand what it took to bind them together not only in solidarity but in action.

Marc found the answer to this question in words: In the Fighting Words­—the name of his first book–that working people used to articulate their suffering but also to explain why and how their suffering was wrong. These were words that expressed their yearning for—yes–a moral economy. This study of words was called “discourse analysis” but Marc was drawn to a particular version known as “dialogism.” It’s a jargony term but simply means the study not just of any chitter chatter but of words that facilitate dialog between and among people. In short, these are relationship words, words that are essential in creating what I believe Marc saw as the greatest of human accomplishments—turning relationships into concerted collective action for social justice guided by what I would call his egalitarian ideal.

And so, Marc soared into the realm of dialogical analysis (where, I should add, Tilly caught up with him two decades later).  There he found in the writings of his humble English workers the traces of those themes that reappear throughout his work—the fight for a moral economy, and for cultures of mutual support and solidarity. In working-class dialog, Marc discovered what James Scott called the “weapons of the weak.”

But what I want to stress most of all is that there was an ethical symmetry between Marc’s own moral core and his seemingly abstract academic commitments. Whereas most of academia discovered discourse by reading fancy French social theorists, I’m convinced that Marc discovered the significance of language by listening to his heart. Because it was there, in his heart, that Marc kept all those prized solidarities that made up his social universe, and it was because of his heart that he understood so well that what moved history was not only Tilly’s “big structures” but even more the fragile contingencies of human empathic relationships, fragile because of the necessity of their constant care and attention. These were what can be called relational aspirations, which in Marc’s work took the methodological form of dialogism and relational analysis, and that reflected his own deep relational identity.

In preparing for today’s comments I revisited much of Marc’s work and came away with a renewed awe for his own facility with words and concepts, with complex theories and historical truths. But it also reminded me of how much his incisive razor-sharp sociological work was accompanied by a moral philosophy—it is not enough to know what is empirically true; Marc also wanted us to know what should be true.

In my diggings I also turned up several sets of comments that Marc wrote on my books, which he delivered at various professional conferences. I am so incredibly grateful to have them and I’m newly astonished at the depth of his insights, the breadth of relevant literature he brought to bear, the laser-like attention to exactly those places that needed clarification. Calling attention to these he would suggest (ever so gently) how he “just might come at it from a slightly different angle.” What I confess today in revisiting his work is how wildly frustrated I am that I missed so many opportunities to have had more intense intellectual “dialogic” dialog with him.  The problem was that whenever we were together we always seemed to spend our time talking about our personal lives, sharing the pains and joys of love and loss. Perhaps the irony here is that in one-on-one conversation, Marc’s humility about his own gifts worked inadvertently to deflect my attention away from his mind and relentlessly toward his heart. And while I wish I could rerun the tapes of time to a renewed debate over Polanyi’s theory of the “free labor market vs the master-servant laws,” if truth be told, I wouldn’t sacrifice one moment of his heart-wisdom, even for more Polanyi.

All of this discussion of Marc’s work may sound ponderous, and Marc was anything but– especially about himself. To wit, he’s the only Professor of Sociology I know who could write a paper called “The Sliced and the Mashed: Marxist and Post-structuralist Interpretations of Mr. Potatohead,” a hysterical and brilliant spoof on impossibly ponderous and trendy French social theorists who argued heatedly over the meaning of “Mr. Potatohead.”  And surely, he’s the only Sociology Professor who signed his emails—at least to me— “meows, Marc.”

You see, Marc and I also bonded over cats. I love cats well beyond rationality, and while I know Marc liked cats, I’m convinced that it was his reflexive empathy that heightened his feline affections. So when I would lose my mind over one cat or another, rather than simply watch me make a fool of myself, he would jump right in with full solidarity. So it was only natural that when I left Ann Arbor for a year-long sabbatical Marc took custody of Herbie—my big grey and white kitty, with whom Marc seemed to have a brotherly bonding.  At first all was well and Marc regularly provided wry reports on Herbie’s feline foibles and marauding mousing. But then the sneezing started, and then the respiratory gasps, and lo–Marc had developed adult onset cat allergies. There was only one thing to do: Marc bought a large crate, wrapped Herbie in a warm blanket and delivered him to the cargo section of then Northwest Airlines at Detroit Metro Airport. A few hours later, I received Herbie the cat at the cargo department of Newark International Airport, little airline wings pinned to his fur coat, and conveyed him to my temporary home (where, I should add, he proceeded to engage in a civil war with another cat living in the house). It was so characteristic of Marc that rather than simply telling me to come back to Ann Arbor and deal with this cat that was driving him into anaphylactic shock, he took the time away from his work to organize what was surely Herbie’s most exciting life adventure and left me with one of my warmest Marc memories.

I’m convinced that Marc’s love of cats also had something to do with self-identification. Like a cat, Marc was Zen. And while in thirty years I never heard him hiss, like a feline Buddhist he carried his dignity with unparalleled integrity and wore his fur like a loose garment, never allowing the winds of outside adversity to destabilize his centeredness. But in other ways Marc transcended his catness, as he was a relational feline—as evidenced by his sacred commitment to his teaching, to his research, and above all to his students, friends and family.

In 2001 I wrote a letter to Smith’s sociology department in support of Marc’s tenure. After the usual glowing words about his scholarship I wrote: “But there is also that rare quality of his person, which those of you who have worked with him will immediately recognize: Marc is one of the kindest, most principled, most steadfastly reliable, and generous human beings I have ever known. Were I at Smith College, I would consider it a blessing and a privilege to be his colleague.”

None of you would be surprised that I would not change a word of that today, which is all the more why Marc’s passing has left a hole in our collective humanity. While I know he would want us to fill it with laughter, self-irony, and a lack of ponderousness, I think it’s fair to say that for most of us that hole will remain a sacred absence; a space of ethical aspiration that he modeled. And while Marc would be horrified to hear me say it, this is why since his death I’ve asked myself more than once that clichéd question: “What would Marc do and think?”  And as I try to find an answer, as I try to do the right thing, I always have “Mr. Potatohead” to remind me to not take my struggle for righteousness too seriously.

I feel so fortunate to have spoken to Marc on the phone a few weeks before he died. What was remarkable—and reassuring–was how much he sounded like himself and how familiar was the tenor of our conversation–tossing questions back and forth about our personal lives, prodding each other for more details–Marc as gentle, mildly bemused, and self-ironic as always. In spite of the progression of a devastating disease, his own relational and moral economy never dimmed. I believe it is shining still.