Memorial Minute for Marc Steinberg
Written and read by Nancy Whittier at the October 23, 2019 Faculty Meeting 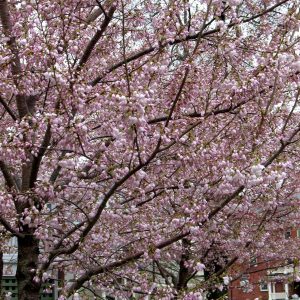 Marc Steinberg was born on June 21, 1956 and grew up in Pittsburgh. He attended Johns Hopkins, where he received a BA and MA in history simultaneously in 1978. He received a PhD in sociology from the University of Michigan in 1989. He began his academic career in the Sociology Department at Clark University and came to Smith in 1994.

Because Marc was so modest, many faculty may not know what an eminent scholar he was, so I am going to spend a little time detailing his intellectual contributions. Marc conducted painstaking historical research on work and workers in 19th Century England for his influential first two books. His first book Fighting Words: Working-Class Formation, Collective Action and Discourse in Early Nineteenth-Century England was published in 1999 and addressed a question central to sociology, the formation of class consciousness. Using meticulous archival research about silk weavers and cotton spinners, Marc demonstrated how they expressed their class consciousness by drawing upon the dominant discourse in order to challenge it. He drew on the dialogical theory of Bakhtin to advance a perspective about the discourse of social groups that became influential among scholars of social movements well beyond 19th century England. His book was named a Choice outstanding academic title and won awards within the American Sociological Association.

Marc’s second book, Law, Labor and England’s Great Transformation, published in 2016, was even more ambitious. Again, Marc drew on archival records of local court cases in three 19th century industries–pottery, fisheries, and needlemaking – to challenge fundamental ideas about labor and class in the English industrial revolution. He demonstrated that employers relied on master and servant law to discipline and control their workers, who thus were effectively “unfree” for far longer than the narrative about the Great Transformation and its “free labor contract” has suggested. As Marc wrote, “law is . . . an institutional process through which domination is realized.” The book was a theoretical tour-de-force, that reviewers called “magisterial,” “thrilling,” and “an exemplar of comparative/historical sociology” and it received the award for Best Book in Economic Sociology from the American Sociological Association.

Marc’s most recent book, Beyond Betrayal: The Priest Sexual Abuse Crisis, The Voice of the Faithful and the Process of Collective Identity (co-authored with Patricia Ewick) was published just after his death. The book charts the development of a group of Catholics who, in the wake of the priest sexual abuse revelations, worked to redefine what the Catholic Church might become and, simultaneously, redefined themselves and their faith. After his years in the archives, Marc switched methods, as he and his co-author spent over two years attending the group’s meetings and conducting interviews with members, many of whom they remained in touch with afterwards. The book makes important contributions to theories of collective identity and – like Marc’s earlier work – will doubtless make an impact on future scholarship.

In addition to his books, Marc was the author of over 25 articles, receiving major awards for two of them, while writing numerous essays and book reviews and giving countless conference presentations. At the time of his death, he was working on a new research project on fascism in the U.S. during the the 1930s, which unfortunately had not yet resulted in any written work.

Marc valued teaching at least as much as he did research. He was a beloved professor, whose courses were always heavily enrolled. He taught sociological theory, social movements, rock music, power, and politics. Marc worked particularly hard to help students learn to write effectively and to develop their critical thinking and analytical skills and led many conversations about this goal in the department. He was notorious for the quirkiness and comedy he used to help students grasp difficult concepts. He tossed students candy or silly pens when they spoke in class, and once in a class I observed, climbed out the first-floor window to illustrate a point. He kept in touch with countless former students, mentoring them years after they graduated from Smith.

Marc was a remarkably generous and thoughtful colleague. He read voraciously across a wide range of topics and routinely passed along references to his colleagues and students. He was a source of steady and wise counsel for many of us. He served as Chair several times, and on significant committees at Smith, and numerous editorial and advisory boards for the discipline of sociology.

Marc had a deep commitment to social justice, mentoring student activists advocating for sweatshop-free Smith apparel, getting Coke off campus, and divestment, among other issues. He was a fierce advocate for his students, calling deans, arranging support services, and even helping out materially on occasion. He spoke up when he saw inequities at Smith, and he attempted to live as consistently as possible with his fundamental values.

Marc’s formidable intellect, generous and humble nature, and wide-ranging curiosity and enthusiasm were a unique combination. His absence leaves a large space.

The Sociology Department is organizing an event to remember and celebrate Marc, to be held on November 16, 2-5 PM, in the Poetry Center. Anyone who wishes to attend is welcome. In addition, a Smith fund is being established in Marc’s memory to support student research in sociology, a cause near to his heart. If you are interested in donating to that fund, please talk with me or any member of the sociology department.