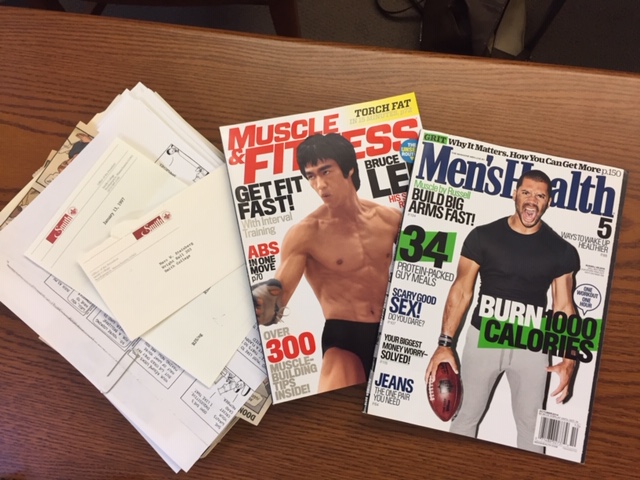 The twin subjects of pop culture and masculinity fascinated Marc. How does everyday media shape and police gender? How do they manufacture desire?

As a scholar, Marc untangled theories of collective behavior. Doing so meant tackling theories purporting to explain habits of mind and self. As a teacher, Marc drew on those theories. But he also used humor to disarm academic subjects of their sanctimoniousness.

Among other props, he kept in his office a few men’s magazines. Filled with advice about exercise regimens and sexual relationships, these publications offer explicit and implicit rules on how to be a man. How do they train the masculine eye to want this, not that, to see this, not that, and to know this and not that about one’s body, others’ bodies, and the world?

Marc’s collection of pop culture objects expressed both his whimsical delight in the glitter of consumerism and his fascination with cultural artifacts. An object many might find offensive? It’s complicated, Marc might respond. In his hands, each object retained its aura. And it became evidence of the social machine in which most of us are trapped.