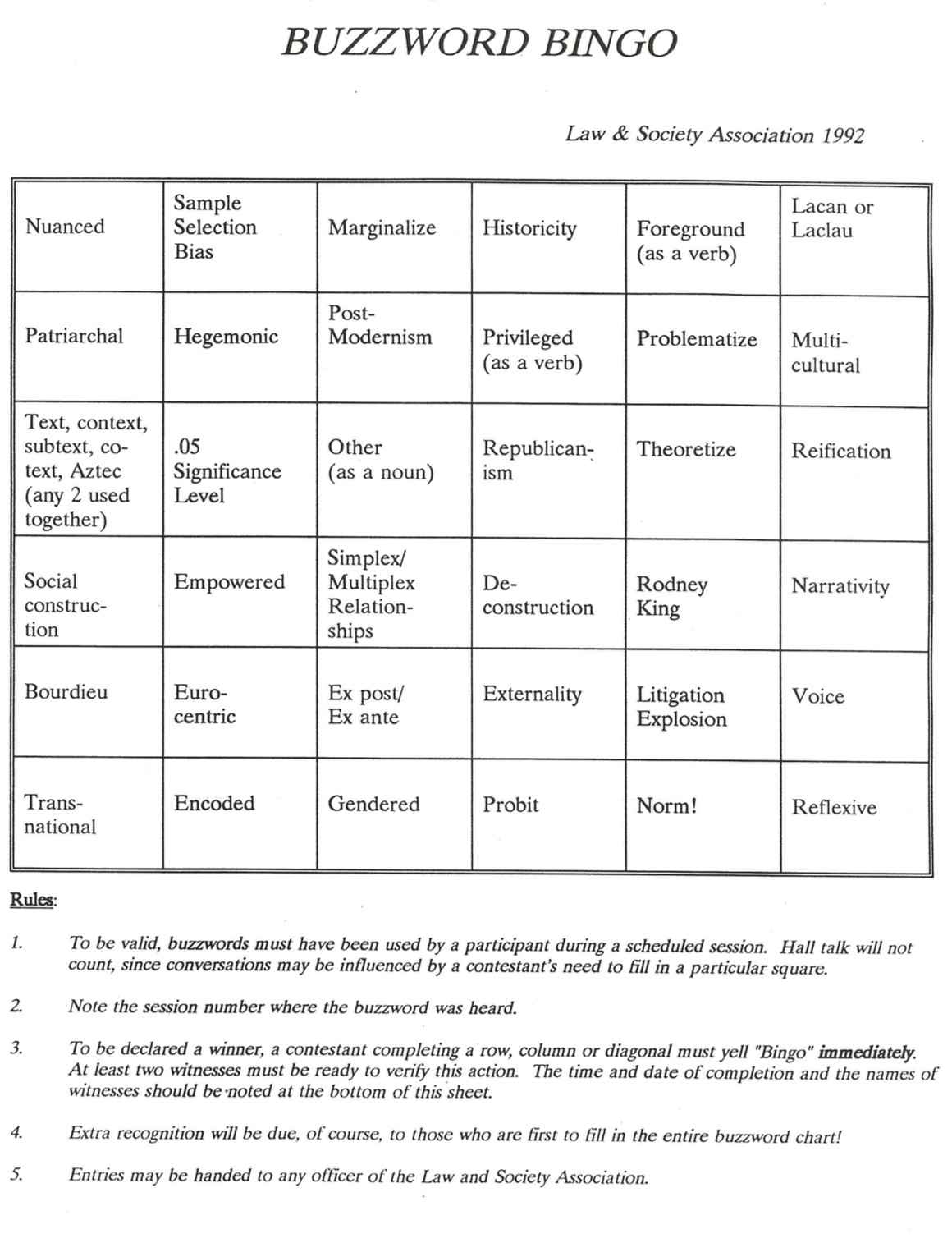 Marc’s humor manifested in texts that were seriously silly. His antics often erased the distinction between high and low culture, between logic and whimsy.  Among Marc’s collections of funny clippings and sayings were many spoofs, parodies of the pretentiousness of laws, schools, and corporations.  These satires evince both respect for the integrity of institutions and a playful defiance: the adult world of “reality” is no less a game for all its formal procedures and official, ordered documents.

Marc’s eye was drawn above all to laws and norms, the rules and how they’re upheld: how the game is played.  Deploying humor as a form of resistance, Marc exercised his freedom to ridicule the Red Queen and achieve a measure of subversive jouissance—the surpassing pleasure or joy—that allows individuals to stand outside of seemingly all-encompassing systems.