For Marc, men’s magazines documented particular ways popular media shapes gender and sexual identity. Pornography is but one form that accustoms consumers to see women’s bodies as objects. So it’s no surprise when media images present women as luscious confections.

As this advice column demonstrates, ours is a culture that simultaneously whets men’s appetites for women as sexual objects and blinds men to the true character of that hunger.  Does my hookup buddy want me to send her a “dick pic,” this reader inquires. No, she does not, the columnist replies. Yet she then proceeds to enumerate the steps necessary to reach that stage of a texting relationship.

This everyday artifact establishes rules by which male libido can be performed, disciplined, and licensed. Marc taught his students both to interrogate the elaborate lies that frame gender and sexual roles and to recognize the gravity, the realness, of their consequences. 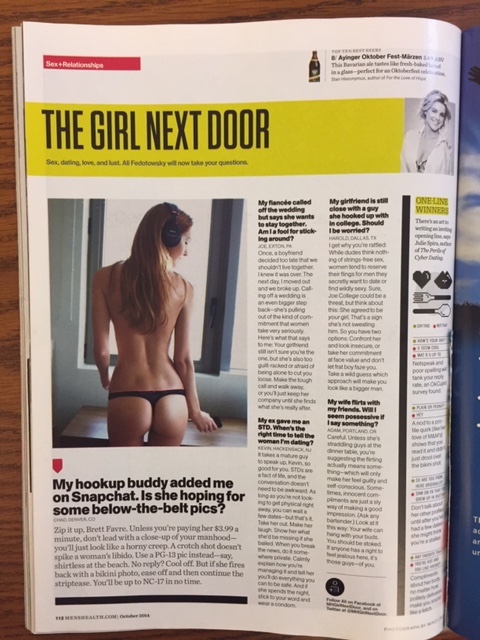