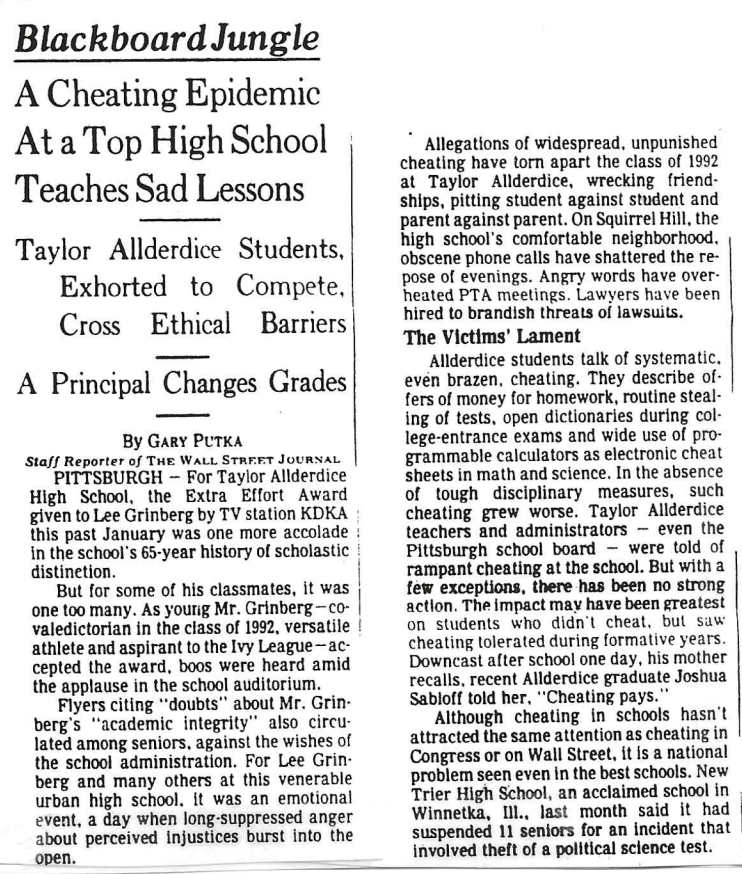 In 2019 the celebrity admissions cheating scandal exposed corruption in U.S. higher ed systems. Members of the Hollywood elite had been buying their children entrance into prestigious colleges and universities. In an investigation they called “Operation Varsity Blues,” federal prosecutors indicted consultants, applicants’ parents, exam officials, and college coaches and administrators. The Department of Justice uncovered fraud from substitute test takers to bribes disguised as charitable donations.

Marc was studying this phenomenon as early as 1992. Why did he save this newspaper clipping about a Pittsburgh school principal changing an athlete’s test scores?  Why his intense interest in the ways wealthy applicants gain entry into Ivy League colleges? Because Marc’s sociological imagination alerted him to the marketplace’s capacity to usurp the power to administer social class and confer cultural capital.