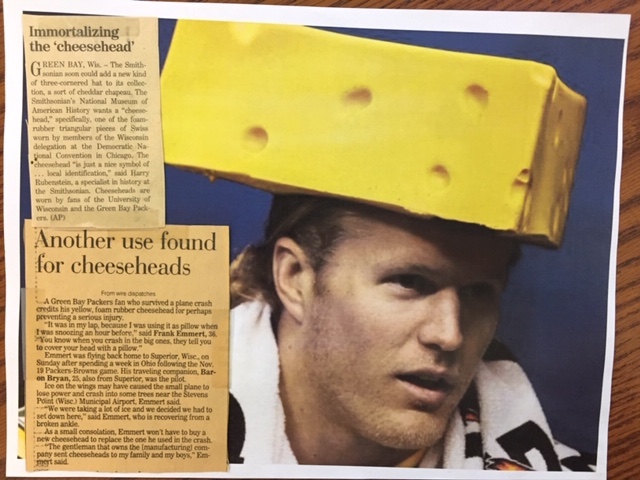 What can be said of the Wisconsin “cheesehead”? It’s a triangular headpiece of yellow foam worn by fans of the Green Bay Packers.

Marc collected newspaper clippings that granted legitimacy to this popular item. One article reports on the Smithsonian’s plans to include the cheesehead as an object “of local identification.” The other concerns an actual case of a man whose life was saved during a plane crash because he cradled his head in his cheesehead hat as a cushion.  In both instances, the clippings affirm the cheesehead’s real-world value.

More generally, such examples assert the ultimate gravitas of the often whimsical ways humans mark their personal identities. It was a subject to which Marc returned again and again, a lens through which he studied the world.