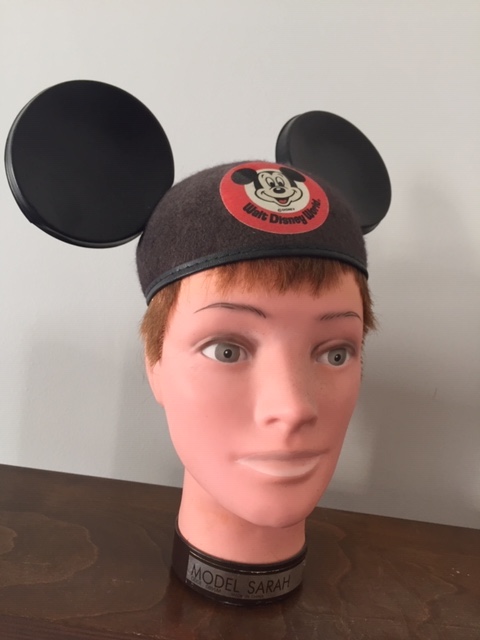 What does this object tell us about ourselves? It seems to mark a threshold between the human and inanimate worlds. The mannequin head was most likely produced in order to display hats or some other head apparel. To distinguish it from other models, this particular mannequin head was given a name, “Sarah.” It might have been called “Prosthetic Head A,” but it was not. The naming in itself is revealing: a company would not want its fake, dismembered head to seem too generic.

Sufficiently “human” to serve as a simulacrum but also far from lifelike in its approximation of the human, the mannequin head poses a problem central to Marc’s field of study: how can we construct ourselves as individuals when we buy objects made for the masses? How authentic are the identities we display through our consumer choices? Is a human being an assemblage of body parts, in this case only a head (named “Sarah”) that imitates popular versions of commercial heads?

Marc topped the mannequin head with a pair of Mickey Mouse ears—another artifact evincing corporate, canned joy—emblazoned with a monogram. In pairing these “personalized” objects, Marc showed the irony of corporations’ appeals to consumers as individuals even as that same mass appeal effaces personal identity.