I’m Margaret Somers, Professor Emerita of Sociology and History at the University of Michigan. I first met Marc in 1987 when he was still a grad student and I was a new assistant professor in Sociology at University of Michigan. Among the grad students, Marc stood out immediately for his effort to not stand out. Try as he might though, he couldn’t suppress his startling intellect, and his instinct to encase it in aw-shucks self-deprecation endeared him to me immediately.  And so began our 32 year-long friendship. Although I served briefly as his mentor and a member of his dissertation committee, truth be told, it wasn’t long before it was unclear who was mentor and who was mentee.  In some ways this wasn’t surprising: He was the only other historical sociologist who specialized in English working-class history and was equally captivated by the work of the great Hungarian thinker, Karl Polanyi. 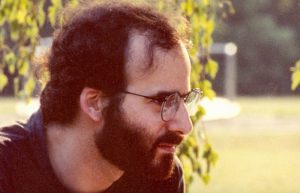 . . . Marc was passionately driven to tell stories about the poor who alone were weak but in collective action with others found strength, dignity, and mutual aid. And in his research, he continuously searched to understand what it took to bind them together not only in solidarity but in action.

Marc found the answer to this question in words: In the Fighting Words­—the name of his first book–that working people used to articulate their suffering but also to explain why and how their suffering was wrong. These were words that expressed their yearning for—yes–a moral economy. This study of words was called “discourse analysis” but Marc was drawn to a particular version known as “dialogism.” It’s a jargony term but simply means the study . . . of words that facilitate dialog between and among people. In short, these are relationship words, words that are essential in creating what I believe Marc saw as the greatest of human accomplishments—turning relationships into concerted collective action for social justice guided by what I would call his egalitarian ideal.

And so, Marc soared into the realm of dialogical analysis (where, I should add, Tilly caught up with him two decades later).  There he found in the writings of his humble English workers the traces of those themes that reappear throughout his work—the fight for a moral economy, and for cultures of mutual support and solidarity. In working-class dialog, Marc discovered what James Scott called the “weapons of the weak.” 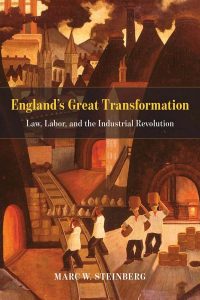 But what I want to stress most of all is that there was an ethical symmetry between Marc’s own moral core and his seemingly abstract academic commitments. Whereas most of academia discovered discourse by reading fancy French social theorists, I’m convinced that Marc discovered the significance of language by listening to his heart. Because it was there, in his heart, that Marc kept all those prized solidarities that made up his social universe, and it was because of his heart that he understood so well that what moved history was not only Tilly’s “big structures” but even more the fragile contingencies of human empathic relationships, fragile because of the necessity of their constant care and attention. These were what can be called relational aspirations, which in Marc’s work took the methodological form of dialogism and relational analysis, and that reflected his own deep relational identity.

In preparing for today’s comments I revisited much of Marc’s work and came away with a renewed awe for his own facility with words and concepts, with complex theories and historical truths. But it also reminded me of how much his incisive razor-sharp sociological work was accompanied by a moral philosophy . . .

Peggy’s full comments are in the scholarship section of marcsteinberg.org.